The X-SHOOTER near-IR spectroscopy of 38 luminous (M1450 = -29.0 to -24.4) quasars at 5.78 < z < 7.54 provides a comprehensive view of quasar properties in the epoch of reionization. All of the analyzed quasars were observed at submillimeter wavelengths with the Atacama Large Sub-/Millimeter Array (ALMA), providing precise systemic redshifts and host galaxy properties from measurements of the [CII] 158μm line and the far-infrared continuum. As the project lead I have carried out the data reduction and spectroscopic analysis using a newly developed spectral modeling tool - Sculptor.

The measured FeII/MgII flux ratio indicates that the broad-line regions of all quasars in the sample are already enriched in iron, suggesting a rapid iron enrichment in the first 0.8 Gyr of their evolution. We also find the Mg II line to be on average blueshifted with respect to the [CII] redshift with a median of -391 km s-1. A significant correlation between the MgII-[CII] and CIV-[CII] velocity shifts indicates a common physical origin. Furthermore, we frequently detect large C IV-Mg II emission line velocity blueshifts in our sample with a median value of -1848 km s-1. While we find all other broad emission line properties not to be evolving with redshift, the median C IV-Mg II blueshift is much larger than found in low-redshift, luminosity-matched quasars (-800 km s-1). Dividing our sample into two redshift bins, we confirm an increase of the average C IV-Mg II blueshift with increasing redshift. Future observations of the rest-frame optical spectrum with the James Webb Space Telescope will be instrumental in further constraining the possible evolution of quasar properties in the epoch of reionization. 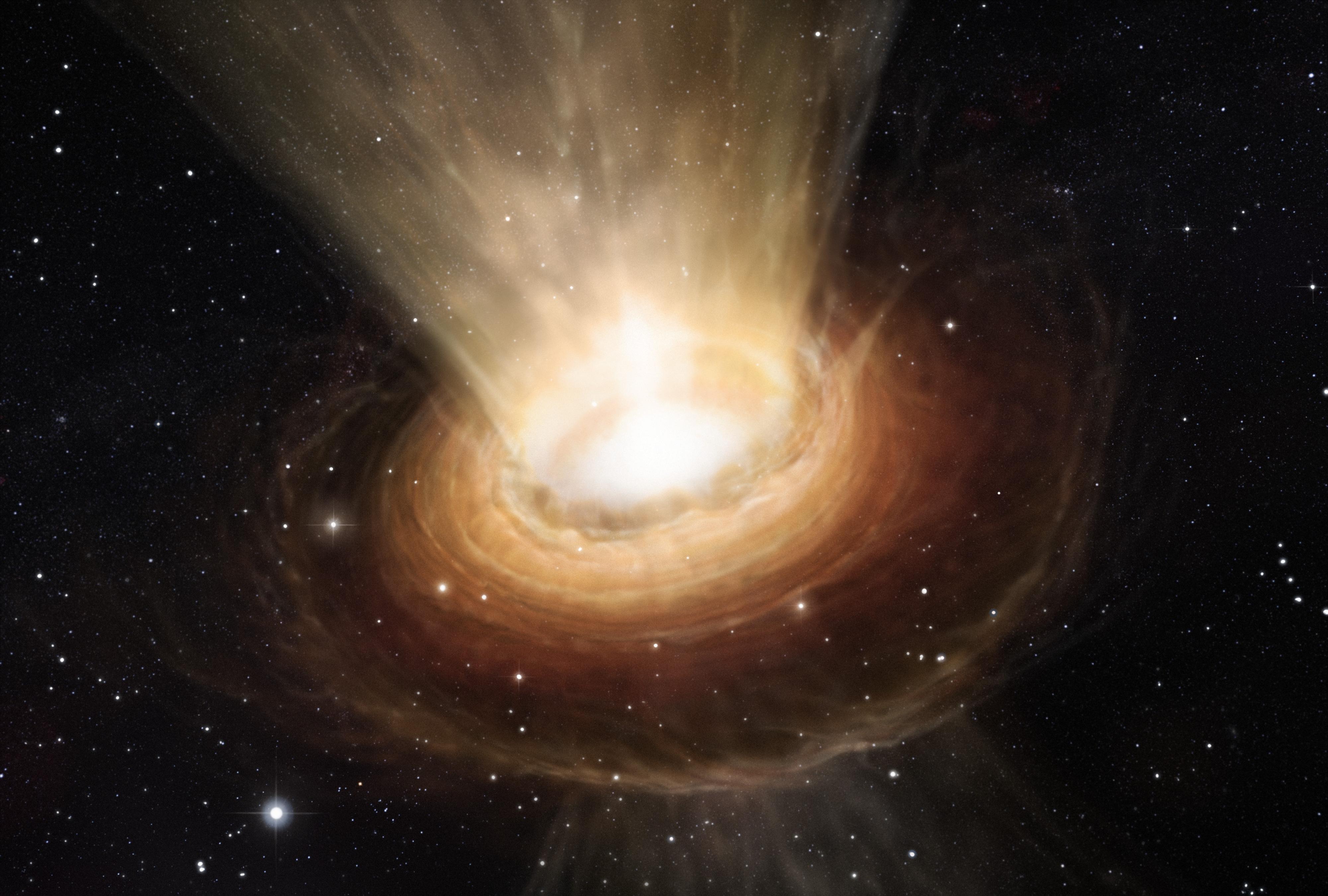 From 2016 to 2019 I have lead surveys for ultra-luminous quasars in the SDSS and Pan-STARRS 1 footprints. Our goal was to discover previously missed intermediate redshift (2.8 < z < 5.0) quasars with a new selection technique on optical and near-infrared photometry (SDSS/Pan-STARRS, 2MASS, WISE) using random forest classification and regression. The Extremely Luminous Quasar Survey (ELQS; in SDSS) and it's expansion to Pan-STARRS 1, PS-ELQS have discovered a total of 299 new ultra-luminous quasars at z>2.8. The ELQS and PS-ELQS quasar catalogs provide the most complete sample of luminous intermediate redshift quasars to date.

As part of this work we have re-examined the bright end of the quasar luminosity function at these redshifts and find the bright-end slope to be quite steep (power law exponents of beta~-4.1). This result contrasts with previous results in the same redshift range, which find a much flatter slope (beta~-2.5), but agrees with recent measurements of the bright-end slope at lower and higher redshifts. Our results encourage a more consistent picture of quasar evolution across all redshifts, but also indicate the bright-end slope as seen at z=3-5, will be virtually inacessible at the highest redshifts z>6.

At redshifts beyond z∼1 measuring the black hole galaxy relations proves to be a difficult task. The bright light of the AGN aggravates deconvolution of black hole and galaxy properties. On the other hand high redshift data on these relations is vital to understand in what ways galaxies and black holes co-evolve and in what ways they don't.

A fit to the data assuming a power law relation between the BHMD and the SMD yields exponents around unity (1.0−1.5). Up to z∼5 the BHMD to SMD ratio doesn't show a strong evolution given the larger uncertainty in the completeness of high-redshift datasets. Our results, always applying the same analysis technique, seem to be consistent across all adopted data sets.

Exploring the evolution of sdB stars with MESA

Asteroseismology is a powerful technique to study the interior structure of distant stars. Recent detections of g-mode pulsations in evolved He-burning stars, subdwarf B stars (sdB) suggests convective cores of 0.22−0.28M⊙ , ≳45% of the total stellar mass. Since previous studies found found significantly smaller convective core masses (≲0.19M⊙), we evolved stellar models with MESA (Modules for Experiments in Stellar Astrophysics) to explore how well the interior structure inferred from asteroseismology can be reproduced by standard algorithms. As we were able to successfully reproduce observational properties and previous simulations results (qualitative evolutionary paths, position in the logg−Teff diagram, mass range), we then focused on the interior structure.

Our standard model (mixing length theory + atomic diffusion) produced too small convective core masses of ∼0.17−0.18M⊙, averaged over the entire sdB lifetime. With extreme values for additional convective overshoot, we were able to reproduce the core sizes from the asteroseismological analyses. However, this introduced physically unrealistic behavior at the convective boundary. High resolution three-dimensional (3D) simulations of turbulent convection in stars suggest that the Schwarzschild criterion for convective mixing sytematically underestimates the actual extent of mixing because a boundary layer forms. Accounting for this would decrease the errors in both sdB total and convective core masses.